What’s Keeping Half of America Unvaccinated?

Disinformation and Fear May Keep this Virus Around a Little Longer

Six months out from the first issuance of emergency use authorization, there are a variety of questions and uncertainties regarding the COVID-19 vaccines. The United States finds itself with a population divided by the vaccine. What is stopping people from getting the vaccine, and what can be done to change their minds?

Currently in the United States, every individual over the age of 12 is now eligible to receive the COVID-19 vaccine. As of July 6th, 2021, 331 million doses of the vaccine have been administered and 157 million Americans have reached full vaccination. With around 55% of American adults having received at least one dose, the U.S. has fallen behind nations such as Canada and the U.K., both with vaccination rates hovering in the higher 60’s.

Despite initial promising vaccination rates and more vaccines than arms to house them, vaccination rates have begun to decline. While the national percentage of fully vaccinated stagnates near 47%, far from the projected 70% required for herd immunity, states such as Vermont have proven far more successful at vaccinating their population. As reported by The New York Times, over 80% of Vermont residents have received at least one dose of the vaccine, with nearly 66% having received both. Governor Phil Scott has praised Vermont public health officials for the efficiency and efficacy of the state’s vaccine rollout and Vermont residents for their cooperation in vaccination efforts.

If Vermont has been so successful, why hasn’t the rest of the United States?

There are major barriers for the various populations electing not to be vaccinated. Whether they have doubts surrounding the safety of the vaccine or the severity of the pandemic itself, a portion of Americans have firmly maintained their stance against vaccination while others are simply unsure, a term which has been coined “vaccine hesitancy”.

Widespread misinformation surrounding the vaccine has wreaked havoc across social media during the COVID-19 pandemic. Unchecked and unregulated, many Americans have fallen victim to baseless conspiracies at the hands of social media “news” and have been deterred from the vaccine as a result.

In efforts to appeal to the not-yet-vaccinated, and combat widespread misinformation, the Biden administration announced a vaccine ad campaign back in April. The campaign includes over 275 organizations and aims to address a diverse collection of citizens, each with their own individual vaccine hesitancies and skepticisms.

However, disinformation and skepticism aren’t the only barriers keeping the population from vaccination.

According to a new estimate from the U.S. census, nearly 30 million Americans who have expressed interest in receiving the vaccine have not been able to do so. Many of these individuals find themselves unable to access a vaccine, whether due to time constraints or lack of transportation. These barriers go beyond a falsified Facebook article and can’t be solved with a message from Elmo encouraging vaccination.

Despite a vaccine surplus and a vaccine site seemingly on every corner, it is clear America is missing the mark. From the start, experts have stated the importance of a strong PR strategy for the COVID-19 vaccine.

To combat this, credible and accurate information needs to be distributed across all media platforms.

Communication surrounding the COVID-19 vaccine should dispel disinformation through plain and easily understood language. No matter the barrier to vaccination, simplifying the vaccine and its process could make all the difference for remaining individuals.

Additionally, in order to build trust in the vaccine, trust must be built in the institutions producing and promoting it. As communications professionals, it is our responsibility to understand and accommodate the unvaccinated populations and address their needs and hesitations. 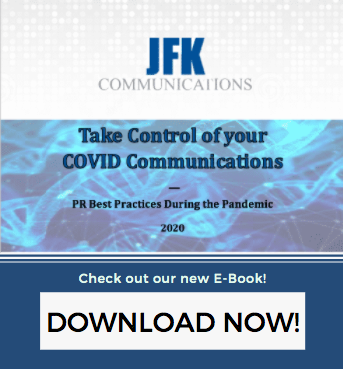